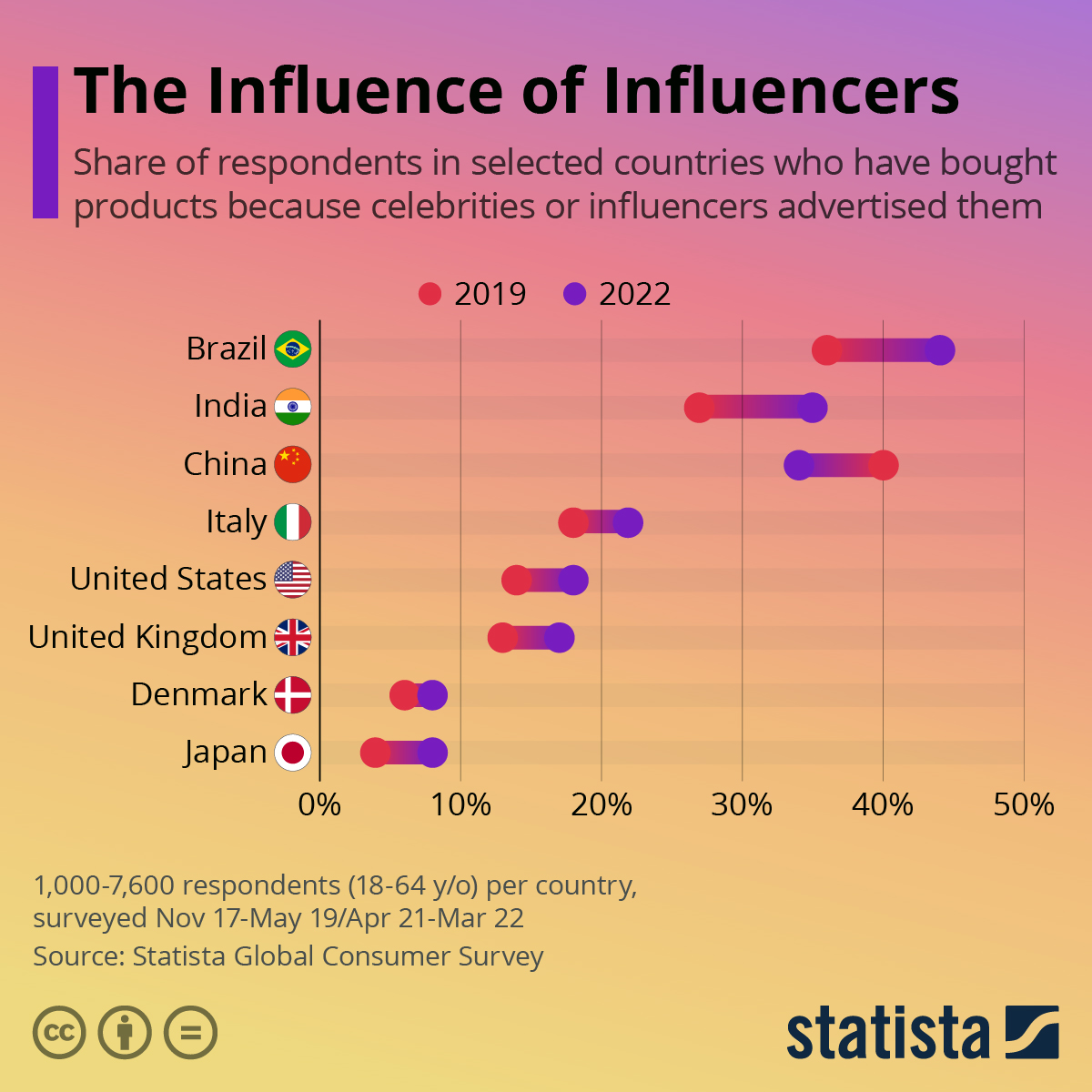 Most people trust the opinion of their social circle when making purchasing decisions. As data from the Statista Global Consumer Survey shows, many also trust the friendly people who freely share their lives with us on social media and at least feel like our acquaintances: influencers.

Influencers currently yield the biggest power over people’s purchasing decisions in Brazil, China and India, according to the survey which is representative of the countries’ online populations. While influencers' sway has only become larger in Brazil and India, it has recently decreased in China, but stayed on a high level nonetheless.

In most other countries, the trend to follow influencers' lead when deciding on a purchase gained traction. Denmark and Japan were among the countries paying influencers little mind, even though their following was growing in these nations also. Among Europeans, Italians were most "under the influence", at 22 percent saying in 2022 that they had made a purchase because a celebrity or influencer advertised the product.