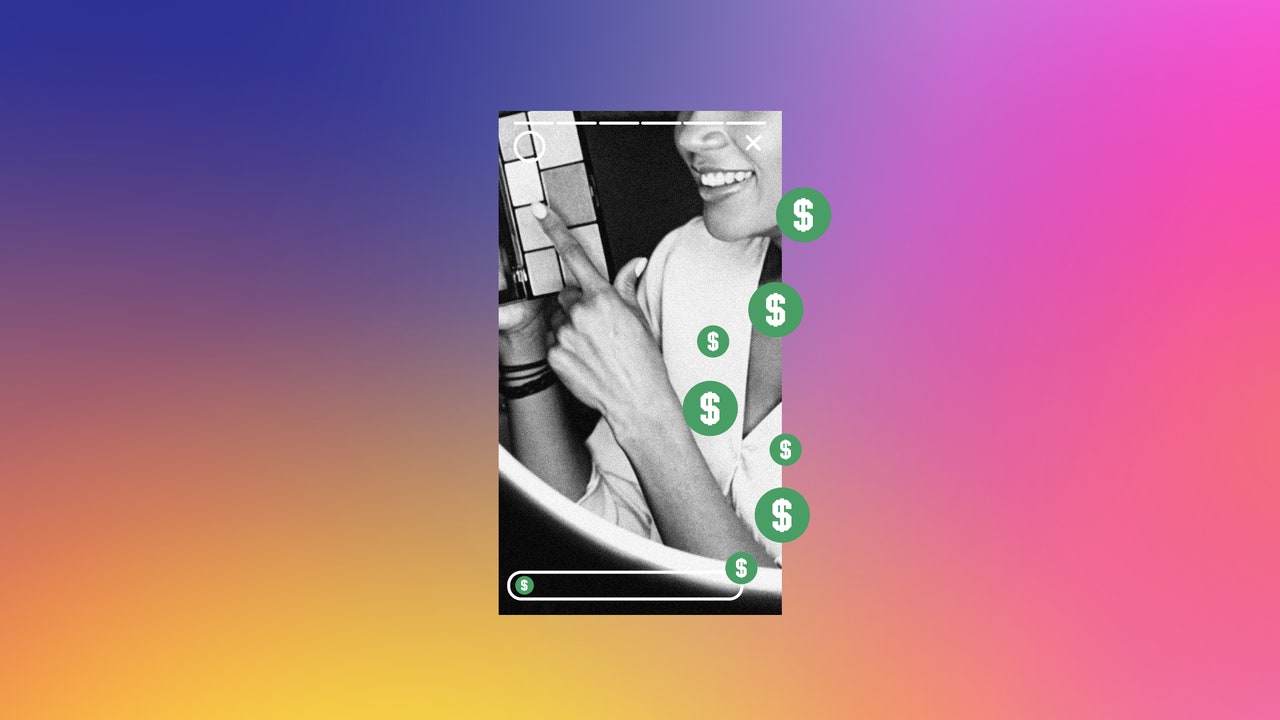 FOR YEARS, PEOPLE have been building their own brands and businesses on Instagram—and in turn, have helped Instagram build its business. While the photo- and video-sharing service has happily helped those users monetize their followings, that’s largely happened off-platform. Influencers make deals with brands to create sponsored posts, or set up revenue sharing to recommend specific products. Unlike video platforms YouTube and Twitch, Instagram has never put its content creators on the payroll—that is, until now. Instagram on Wednesday announced two new ways for users with “creator” accounts to make money: ads on IGTV and badges for Instagram Live. The IGTV ads will start showing up next week, and Instagram will split the revenue, with at least 55 percent going to creators—comparable to YouTube. The company will also give fans the chance to sponsor their favorite creators and businesses with paid “badges” on Instagram Live videos, which cost less than $5 and place a small heart-shaped icon next to their name. Instagram is testing both features with a small group of creators (and advertisers, for the IGTV ads), before rolling them out more widely.

Instagram says its new features are meant to help people like Charlee Atkins, a New York-based fitness trainer the company highlighted as part of its announcement. Atkins’ in-person training is on pause while New York City remains locked down, so she’s been holding daily fitness classes on Instagram Live for her 120,000-plus followers. It’s been a great way to build up her audience—there are often as many as 600 people tuning in—but Atkins doesn’t get paid for those classes. “The number-one question I get in my DMs is, ‘Do you have a PayPal? Do you have a Venmo?’” says Atkins. She directs them to her subscription-based fitness app, Le Sweat TV, which costs $12.99 a month. With badges, Atkins’ Instagram Live workouts will still be free, but now fans who want to support her can pay money directly within the app. Paying for a badge is like dropping a few dollars in a digital tip jar. The badges don’t cost much—viewers can pay either $0.99, $1.99, or $4.99—but the creators will pocket all of their earnings. Viewers who purchase a badge will show one, two, or three heart icons next to their usernames, depending on how much they paid, which Instagram says will make their comments stand out in the live feed. While much of the US remains sheltered in place, and many gyms, movie theaters, and shopping malls remain closed, Instagram has come to play an outsized role in digital daily life. More influencers are turning to video formats like Instagram Live to broadcast fitness classes, create informal cooking shows, or offer some form of entertainment to their increasingly bored followers. Some of those same people have seen their livelihoods dramatically impacted by the pandemic; trainers can’t get to the gyms, chefs can’t cook in their restaurants. Instagram already rolled out a sticker feature last month for all users to show their followers where to buy gift cards or support fundraisers to help small businesses. FEATURED VIDEO Ricky Gervais Answers the Web's Most Searched Questions Get WIRED for just $5. SUBSCRIBE NOW Most Popular Graphic art with security symbols. SECURITY 6 Things You Need to Do to

On Instagram Live, many of these creators are recreating the work they did before, but for the small screen. Instagram says it’s seen a jump in activity on Instagram Live—a 70 percent increase in views from February to March, according to a company blog post. And creators like Atkins say that the engagement from viewers has been higher than ever, as more people are homebound and absorbed in the world in their phones. In the two months since New York City went on lockdown, she’s doubled the size of her Instagram following, which she believes is entirely from interest in her live workouts.

To monetize that kind of attention, Instagrammers have historically sought out their own sponsorship deals. Some have deployed the platform’s existing tools to creative, lucrative ends. But Instagram has slowly adapted to the way creators use the platform. It announced a branded content manager after years of brands and influencers making informal agreements off-platform. Affiliate revenue-sharing programs for fashion, such as LikeToKnowIt, were widely adopted before Instagram rolled out its Shopping feature. Now, though, Instagram seems to want to compete with platforms like Patreon, Twitch, and YouTube, which have made it easier for their creators to make money.

While the new monetization tools represent a big change for Instagram’s creator set, the features themselves aren’t original. YouTube, which splits ad revenue with creators, introduced “channel membership” in 2018; it gives viewers perks when they sponsor a channel for $5 a month. Twitch has also had a sponsorship model for years, and uses icons like paid badges and “bits” for viewers to show support for streamers. But those models have not been without controversy. Google-owned YouTube in particular has repeatedly upset creators in its quest to keep advertisers happy—and not put off by the videos they appear next to. Some creators have complained that their videos were demonetized seemingly at random. Others have even threatened to unionize, in response to policies that they said were inconsistent and unfair. Instagram says it’s committed to making advertisers feel safe, and pointed WIRED to its partner monetization policies. Facebook, the corporate parent of Instagram, also has a list of guidelines for content monetization, although the social media company has its own history of moderation controversies. Instagram has made clear that its new monetization tools are meant as supplements to the way influencers make money, not as a replacement for the existing ecosystem of sponsorship deals and brand ambassadorships. “Providing a variety of monetization tools is crucial to support all creators on Instagram, from emerging digital stars to established entertainers and everything in between,” Justin Osofsky, Instagram’s COO, said in a statement. The new tools are meant to help creators “generate additional income to fuel their work.”

That could give creators a new incentive to post their best work on Instagram, whether it’s a workout class, a beauty routine, or a peek inside their homes. Changes in how creators expect to make money on a platform can profoundly shape the content they upload there, for better or worse. It can also change how certain tools are used—which means, for now, you can expect a whole lot more IGTV in your feed.